Despite the large amount of knowledge we now have regarding injury prevention of athletes, the shear amount of non-contact injuries that occur each year can be alarming. The balancing act between allowing an athlete to perform at an elite level and keeping them in a rehabilitation program for an extra couple of days can be a decision that keeps the medical team up at night. There are many factors which can contribute to a decision such as this and being pain free is not always a necessity. It has been found that an athlete’s performance will increase with volume and intensity increases, however, with these factors also comes the increased risk of injury. It has been found that an athlete is
seventy times more likely to suffer injury if they exceed their individual weekly training threshold. The following article looks to answer some questions in how the medical team may deal with the manipulation and interpretation of an athlete’s load during the during pre, inter and post season.

Pre-season training for elite clubs, is the strength and conditioning programs designed to prepare athletes for an entire competitive season and not just an individual event. For amateur clubs the pre-season may be used for maintenance of fitness in the post season.
The development of a well-planned pre-season training program can lead to a decrease in injury risk, increase in mental strength and condition the body for the cues and contacts of a game. The old adage of “train smarter not harder” has changed with the recent evidence produced by Tim Gabbett and Peter Blanche, with the new spin stating: “Train Smarter, Train Hard”.
The premise being that completing short hard training sessions is more beneficial to athletes than those of a longer duration which has the potential to increase injury risk. Training hard with a vehicle like High Speed Running helps to protect physical qualities of an athlete. However, a well-planned pre-season can only be as well planned as the measurement of the athletes load during that pre-season.

Measuring Loads
There are a number of different ways that load can be measured both subjectively and objectively and all with their own pros and cons.

One such way of measuring an athletes training load is through the use of the Acute: Chronic Workload Ratio. The chronic workload is measured over a four week rolling average, while an acute workload can be anything from one training session to one week, depending on the fatigue level of the athlete. The ratio known as the “sweet spot” is between 0.8 and 1.3, this is further supported by the rule of “10% volume increase” which would produce a 1.1. The “Danger Zone” in the Acute: Chronic Ratio is any workload exceeding 1.5, however, there is increased risk for any ratio above a 1.

Another way of measuring athlete load is through Rate of Perceived Exhaustion (RPE) times the duration of the session (minutes). Using this measurement tool allows for not only physical load to be recognized but the mental load being placed on an athlete. If a

programmed session is expected to rate a 7 on the RPE scale but the athlete scores the session as 12 then there may be something else worth exploring within the athletes life.

It is suggested that you have 7 days to manage an injury risk for a non-contact presentation. If an athlete is seen to be in the danger zone for too long a period the use of more recovery sessions or complete rest may be required to decrease the physical and mental stressors affecting the athlete. The load variables that have potential to affect the load felt by the athlete are sport specific and can be both intrinsic and extrinsic in nature.

Contributors to Load
There are a large number of factors which can contribute to load accumulation in an athlete and how that load accumulation is attenuated by the tissues of the body. Past injuries are one of the biggest contributors to future injury whether within the same region of tissues or in a separate region as a result of detraining. What was originally an ankle injury which saw an athlete reduce training load for two weeks, can easily lead a vortex of injury in other regions due to deconditioning associated with the reduced game readiness.
Additionally, the biomechanics of an athlete cannot be directly correlated to an injury which has not occurred yet – in other words, you cannot predict a specific injury based on biomechanical factors that you may visualize. Yes, those biomechanical factors can be seen as risk factor for injury but not specifically tied to an individual athlete and the injury they may incur.
Moment in time injuries (ankle sprains/ACLs) and contact injuries of varying degrees will lead to weakness within those tissues and an increase of further injury in the future. This may be a result of “overloaded” tissues relative to their current ability to handle loads – therefore the question is posed again, is it an Overuse Injury, Overload Injury or Training Error which should be the primary umbrella term used to describe these conditions.
The rehabilitation process which has been used to see the athlete return to sport is also important in the contribution to athlete load.
Did the athlete stop all physical activity over the time of injury?
Did the athlete return to training before returning to sport?
Was the athlete returned to their pre-injury chronic load before returning to game play?
Was the athlete 100% ready to return?
If not is the club, player and practitioner willing to take that risk?

There are many more questions that need to be asked and many more which we have not covered here. These decisions are commonly made under pressure to get the player back to field as soon as possible. In the coming days we hope to publish our interview with a leading physiotherapist for a major sporting team to get a better insight into how some of these decisions are made. 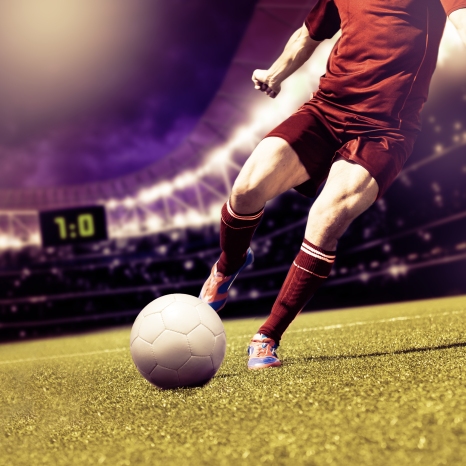 Managing Load
So far we have seen what may contribute to an athlete’s load as well as how we can best measure that load in both a subjective and objective format. But how good is that information if we do not have an effective way of managing those risk factors, acute physical load spikes and psychological stressors?
Load should be considered a vehicle, an objective and subjective matter that can drive an athlete towards injury or away from injury. At the end of the day your main destination is “game day performance” or “season performance”, how you reach that destination can be done via a number of routes and selecting the best one is what must be decided upon by the medical staff, athlete and the organisation.
When looking to manage load, an athlete’s activity levels should be modified but never ceased. This is to limit detraining, maintain aerobic and anaerobic fitness and continue a base level of their chronic work load. The use of increased aerobic fitness and lower limb strength has been found to reduce an athletes risk of injury. For a long term injury which requires an extensive rehabilitation program it is suggested that workload is increased by 10% per week until the patient reaches their pre-injury chronic workload and are suitable to return to full training.

In conclusion, the monitoring of an athletes load with both subjective and objective measures is essential in the preparation for the competitive season. The development of a well-structured pre-season training plan can bullet proof an athlete not only for a single event but an entire season if completed successfully. A detailed medical history, injury history and lifestyle awareness is important for understanding of how an athlete should prepare for the sporting tasks required of them; from an easy recovery run to a worst case scenario within a single game. It is important to note that an athlete should not stop activity altogether but modify their activities in a way which is most appropriate for their injury.

2 thoughts on “Prevention Vs Performance: Managing Demands of Elite Athletes”