Burning feet are a common presentation in both private and public practice. The reason for these symptoms can be one of many and in a lot cases can be a combination of factors leading to the infliction of this hot foot phenomenon. Vascular, neurological and dermatological influences can contribute the perceived foot temperature, all of which themselves are effected either directly or indirectly by a number of life choices, disease or deficiency. The following article is a look at why these symptoms may be causing discomfort.

Neural
Peripheral Neuropathy is the most common cause of burning for burning pain in the feet, it is the damage of a nerve fibre anywhere along its pathway from the spinal cord to the nerve ending. There are a number of reasons for the development of Peripheral Neuropathy with diabetes being identified as being a major national health issue at this time. The consistently high blood sugar levels in diabetic patients damage the blood supply to the nervous system interrupting the transmission of signals to and from the feet. Symptoms will commonly begin

with the feeling of numbness, muscle weakness and tingling in the feet and lead to burning which becomes worse during the evening.
Other causes of peripheral neuropathy include shingles, various medication, chemotherapy and secondary injury.
Charcot-Marie Tooth Disease is an inherited genetic mutation disorder which affects a number of nerves. Burning feet can be accompanied by drop foot, poor balance and numbness.

Neuroma’s are the result thickening tissue surrounding the nerves within the foot. More specifically a Morton’s Neuroma is the thickening of nerve tissue between the 3rd and 4th metatarsals of the foot. The cause of this pathology can be one of many but most commonly is inclusive of; repetitive stress from high impact activities, foot deformities or increased compressive pressures. Presenting complaints are most often described as burning pain and feeling like stepping on a pebble.

Tarsal Tunnel Syndrome results from the compression of the tibial nerve inferior to the medial malleoli as it passes through the tarsal tunnel. This presentation will commonly occur unilaterally and present as burning of the feet and pins & needles in the sole.

Other neural conditions which may lead to the burning feeling felt within the feet include Chronic Regional Pain Syndrome and Grierson-Gopalan Syndrome, two topics which deserve their own articles perhaps later in the year. 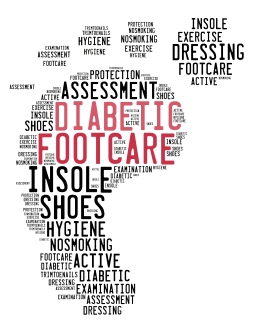 used by narrowing of blood vessels, thickening of blood vessels or a complete blockage leading to a compromised blood supply. The poor circulation of blood supply to the feet causes a patient to develop burning feet, tingling and pain, most commonly during activity and will reduce at rest. Signs that vascular disease may be present or beginning to take effect include feet and legs
feeling cold, skin weakness and breakdown (which may lead to ulceration) and reduced hair or nail growth on the legs and feet.

Another vascular contributor to the feeling of burning feet is a lesser known condition, Erythromelalgia. Erythromelalgia is a rare neurovascular disorder resulting in the intermittent blockage of blood vessels. The most common sign for this particular condition is the redness, swelling and burning foot pain. Early diagnosis and management is important as long standing symptoms can lead to longer term damage.

Additionally, other conditions such as blood vessel inflammation (vasculitis) and heavy metal poising can also be contributing factors to the feeling of burning feet.

There is a many different diagnosis which may contribute to burning feet. Vascular and neural elements are the two major instigators however, fungal infections such as tinea pedis (athlete’s foot) and serious disease or medications can also bring on such symptoms also. This is why it is of the utmost importance to seek advice from your medical or allied health professional when these symptoms present.