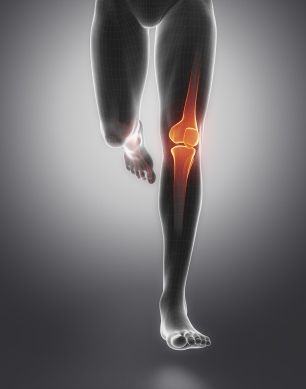 A mild ache down the leg and a sharp sting of the lateral knee is two descriptions which follow the presentation of iliotibial band syndrome. Often confused with other pathologies of the upper leg such as sciatica, ITB syndrome is common amongst runners and cyclists. In this article we look at the role of the ITB and how it is best managed when causing you grief.

The iliotibial band or ITB is a thickening of the fascia latae of the thigh. It originates at the greater trochanter (hip) as an intertwining of the glute max, glute med and the tensor fascia latae. It is a densely fibrous connective tissue which passes along the thigh distally and inserts proximally to the knee joint and more distally to the head of the tibia.
From a functional stance, the role of the ITB may change dependant on the position of the knee. If the knee is in full extension or less 20-30deg of flexion the ITB will function as an active knee extensor. Once the knee passes the 20-30deg flexion the position of the ITB insertion changes relative to the femoral epicondyle and acts as an active knee flexor.

ITB Syndrome is seen as being a result of repetitive flexion/extension moments causing fraction of the band over the lateral femoral condyle. Runners are said to experience this condition at ground contact due to the position of the knee at this time beginning approximately 30degrees, the same measurement associated with the ITB passing through an impingement zone and the same time the ITB changes its role from extensor to flexor activation.
Changes in force around the region can be seen to reduce the risk of ITB syndrome. In a comparison of runners and cyclists, looking at when the individuals are at 30degrees, it was found that cyclist spend 50% less time in the impingement zone than runners, with 17 – 19% reduction in force, potentially explaining the reduction in prevalence amongst cyclists. Furthermore, runners with decrease their stride length most often when there in a change in terrain such as hills and cambers leading to an increase in repetition and force production (Strauss, Kim, Calcei, & Park, 2011).

Activity Modification
Activity and equipment modification are the primary changes which need to made in the management of ITB syndrome, at least until the individual is pain free. This may mean ceasing activities such as running and cycling and replacing them with low impact activities of the lower body such as boxing, swimming and paddling. Additionally, adjusting the used equipment such as bike set up and footwear choices can also show to improve patient symptoms.

Medications
NSAIDs can be used to reduce pain levels, however, these should only be used for a limited time as they can have effects on other body systems but as always paracetamol should be the first point of call with pain reduction.

Soft Tissue Therapy
The use of soft tissue therapy is also highly recommended. Massage, both self-complete and practitioner based is beneficial for the reduction in muscle tightness and fatigue. Stretching the muscles and connective tissues will also cause a reduction in the soft tissue adhesions.

Biomechanics
Completing a full biomechanic assessment is best practice to understand what other unidentified forces may be playing a role on the individual’s complaint. Poor glute control and activation may be contributing through medial rotation of the thigh. Additionally, the motion of the foot, the amount of pronation and its impact further up the chain should be addressed, either through strength and conditioning or orthotics, better yet BOTH!

Strengthening
Strength and conditioning should be highly dependent on what has been identified as an issue through dynamic assessment. Functional deficits should be address in a way which not only provides the best outcome for a patient but also encourages the best likelihood of compliance. 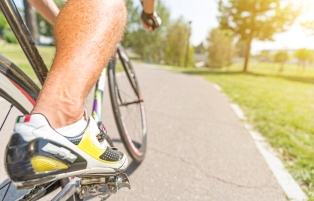 In Conclusion, like any injury or niggle for that matter, the best approach is to get onto it early. Addressing a situation which may be as simple as changing your runners or bike set up may mean less time in recovery and more time doing what you love!
Having yourself assessed and a management plan put in place will not cause more harm, it will pick up on weakness in you training load or daily life which need to be addressed or leave you confident that everything you are doing is correct – bar the missed rest day.

Falvey, E., Franklyn-Miller, A., Bryant, A., & McCroy, P. (2009). Illiotibial Band Syndrome: An Examination of the Evidence Behind a Number of the Treatment Options. Journal of Medicine and Science in Sport, 1 – 8.