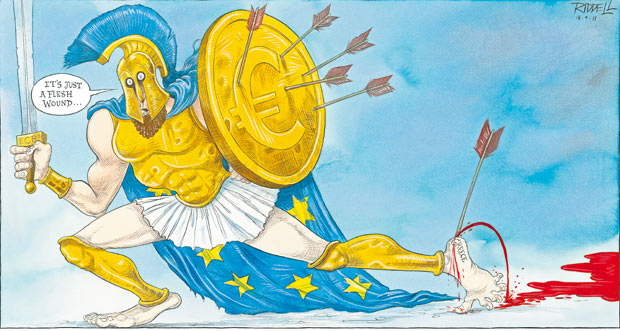 As the Netball World Champions rev up in Sydney this week, I thought we would take this chance to have a look at one of the more common injuries which occur in the game – outside of knees and rolling ankles. That leaves us with the achillies tendon, the major tendon complex of the lower leg and an area of the body that most people who have even dabbled in competitive sport would have felt a niggle from here and there.
The achillies tendon and how it is viewed, how it is assessed and how it is treated has changed a lot over the last 10 years so let’s have a look at what the current research says.

The achillies tendon is formed in two separate mechanisms. The first is the converging of the gastrocnemius and soleus aponeurosis 12cm above the calcaneal insertion. The Second is the with gastrocnemius aponeurosis inserting directly into the soleus aponeurosis. The achillies tendon has a round shape proximately, however flatten in the distal 4cm before insertion. The fibers of the tendon spiral approximately 90deg to allow for maximal elongation and energy storage release on propulsion.
The tendon is enveloped in a para-tendon consisting of two layers which originate from the deep fascia of the leg.
Tendons are stiff, resilient, high tensile strength incorporating anatomical structures which can stretch up to 4% before damage may occur. A number of theories resonate with the development of achillies tendon injury, the most prominent being overuse stress, however, other theories include; poor vascularity, poor flexibility, gender, genetics, metabolic factors and endocrine factors.

Achillies tendinopathy is a common degenerative injury among athletes who are involved in a lot of running. Development of the condition can occur due to a number of issues including; muscle power and tendon elasticity imbalance, a sudden increase in training intensity or duration and inadequate warm up or stretching before the completion of an explosive activity (B). Achillies tendinopathy in middle-long distance runners compared to both white collar and blue collar workers has been found to be statistically significant p <0.001 (Kujala, Sarna, & Kaprio, 2005).

When trying to best diagnose a suspect achillies tendinopathy, a full history should be received covering past treatment, medication, medical conditions, training patterns, past training patterns and footwear use. Palpation of the achillies tendon at insertion mid portion, origin and surrounding tissues should be complete and in many circumstances the use of US or MRI may be appropriate to confirm the diagnosis.
It is suspected that tendon degeneration begins long before symptoms begin and may even remain asymptomatic in some cases. Early diagnosis is of practical relevance particularly in high performance sport. Despite popular belief (Hirschmuller, et al., 2012)found there to be no significant link between gender and achillies tendinopathy development.

When clinically managing a patient it is important to address their expectations of performance and return to sport by supplying them with a modified and sensible training plan or referring them to someone who may be able to develop a program like this for them. The activity which is believed to have instigated the problem should be ceased in the acute stages so that collagen fibers can repair and rehabilitation activities involving loading the achillies can begin to stimulate the remodeling process.
(Kader, Saxena, Movin, & Maffull, 2002) found that an eccentric loading program had a statistically significant outcome in the rehabilitation of the achillies tendon, over that of a concentric loading program. When looked at from a sport specific point of view concentric based training is the primary educated tool for most training program outside of rehabilitation and therefore the eccentric stage of movement are neglected hence we can revisit that debate of imbalance in power of the muscles vs elasticity of the tendon and ability to absorb heavy load under stress.
The use of a 12-15mm heel raise (inclusive of heel drop of shoe) has been found to be clinically significant, however, has not been found to be evidently substantial as an offloading mechanism. The use of cryotherapy aims to reduce the metabolic rate of the achillies tendon, decreasing extravasation of blood and protein from new capillaries found in the tendon as well as producing an analgesic effect.
It is suggested that surgical intervention or opinion be sort after 6months of non-effective conservative treatment, however it should also be mentioned that poor outcomes are regularly seen for those patients with long standing issues, therefore to manage the risk of undertreating a patient it may be worth referring them for surgical opinion much earlier.

Furthermore, adequate dorsiflexion range of motion is essential during gait (both walking and running), walking stairs and as part of landing mechanics. Dorsiflexion during landing activities of specific sports is required for the absorption and dissipation of the high Ground Reaction Forces encounted upon ground contact. If dorsiflexion range of motion is inadequate, it can be inferred that increased loading of the plantarflexor complex. Ankle injuries account for approximately 20-30% of all sporting injuries, this is inclusive of any soft tissue which crosses the ankle joint ala achillies tendon. Inadequate dorsiflexion has been noted to increase the risk of ankle joint sprain, fractures or musculoskeletal injuries during sport.

If you have ever seen a sportsperson do a complete achillies tendon rupture or you have done one yourself, you would know how excruciating it can be. The best opportunity you have to avoid such pain is to ensure you are participating in a preventative strength and conditioning program to ensure that achillies tendon and subsequent musculature are in robust form to take on whatever challenges you as an athlete through at it.

Until next time, thanks for reading.